February 1945.
set in the chaos and turmoil of the last days of world war two. during an air raid on a small silesian railway station, 13 year old tom (götz behrendt) loses his mother, when he is dragged away from her in the crowd. suddenly he is alone. he comes to vienna, by then a broken town, where he meets the one legged war cripple "krücke" (heinz hönig), a small-time black marketeer, who is sly and villainous but driven to survive. the film tells how this gangster befriends the child, and becomes a generous and life-saving friend. a story set against the background of conflict, nazism and judaism. a story which shows the effects of war on normal people, what it turns them into, and the aftermath: illness, madness, death. and yet still this is a story about love. the principle character is "bronka", a jewish girl who survived the nazi regime and who works in a viennese bar, serving soldiers and gangsters alike with watered-down beer. at the end of a long and hazardous train journey, tom and krücke reach germany and there, in passau, the story reaches it's bitter-sweet ending, when tom finds his mother, but loses his friend krücke. 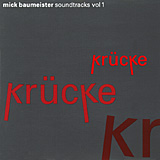 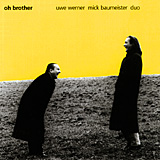 concert for piano and machines in the Ott-Pauserschen factory

freedom - equality - Manchestertum
"in front of me is a mechanical piano. all around me stand machines, working without apparent use. monotonous stamping, clicking, ringing, supported by the hammering of invisible workmen. a polyrhythmic flow of metallic noise. my left hand picks up the rhythm, while my right hand improvises, letting fantasy run wild. an idea is born: to demonstrate the fusion of machines and music. mental pictures appear of workmen bringing disused machines back to life, filling the factory with their purpose and dreams. a day in the life of josef k in the Ott-Pauserschen factory. the time-clock shows sechsuhrsechsundfünfzig (06.56)..." 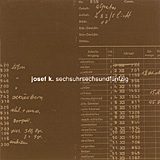 First performed on New Year's night, 1999, written to accompany the concept of Walter Giers, who created a 25 metre "light stream into the future" to celebrate the millennium. 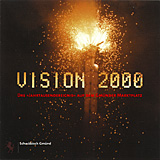